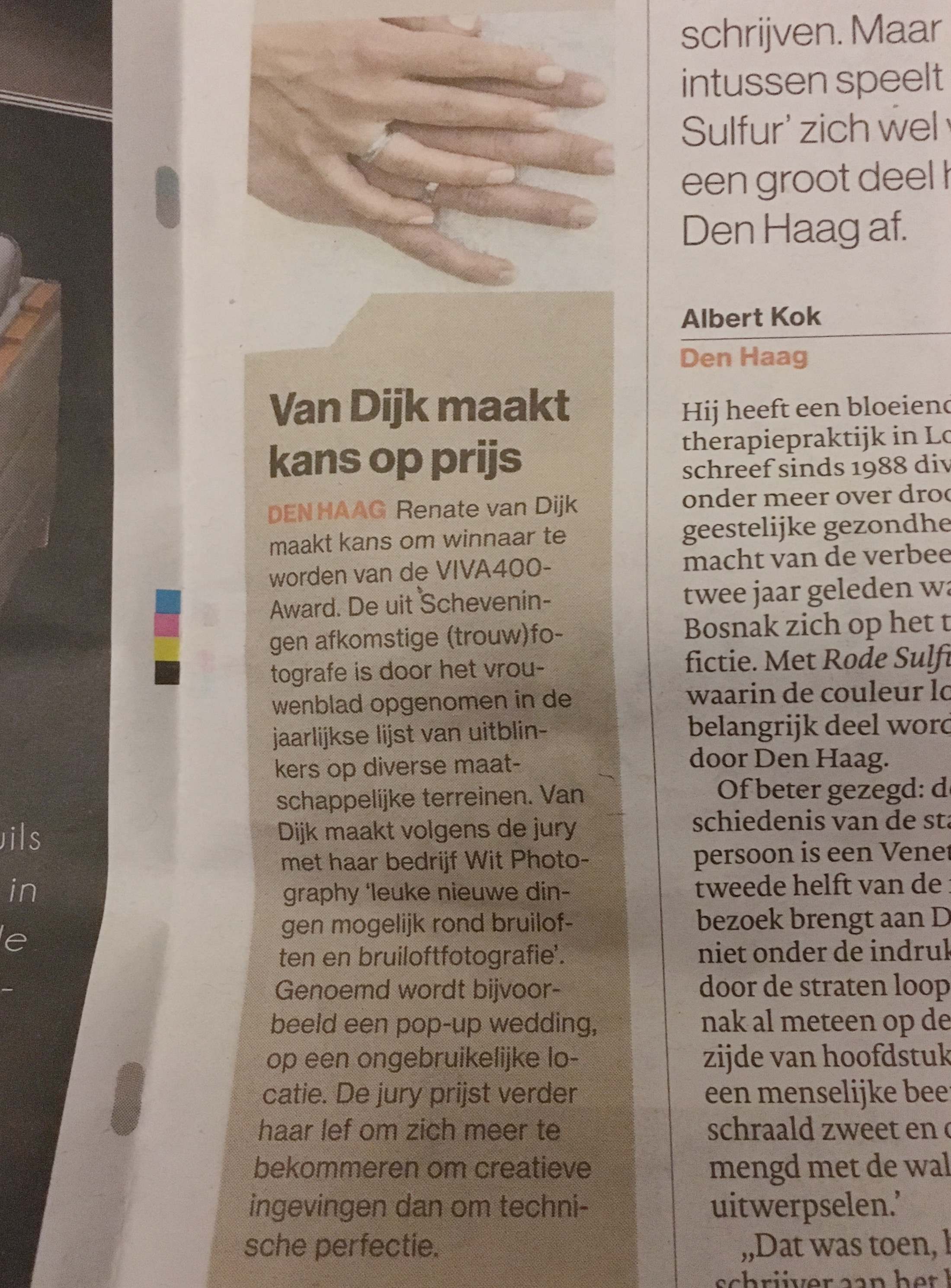 I’m in the newspaper

For the Dutchies (by which I mean people reading Dutch, not joints reading my website ;) ) among you I'd like to share with you that a national Dutch newspaper has granted me the honour to publish a newsarticle about me being nominated in the VIVA400. Which is basicly...

For those of you who don't read Dutch, this is what it says in short:

'Van Dijk nominated for price
Renate van Dijk is nominated to win the VIVA400-award. 'The jury of the price states that she creates innovating ideas around weddings' and is praised by the jury for her guts to be more concerned about creative ideas than technical perfection.'