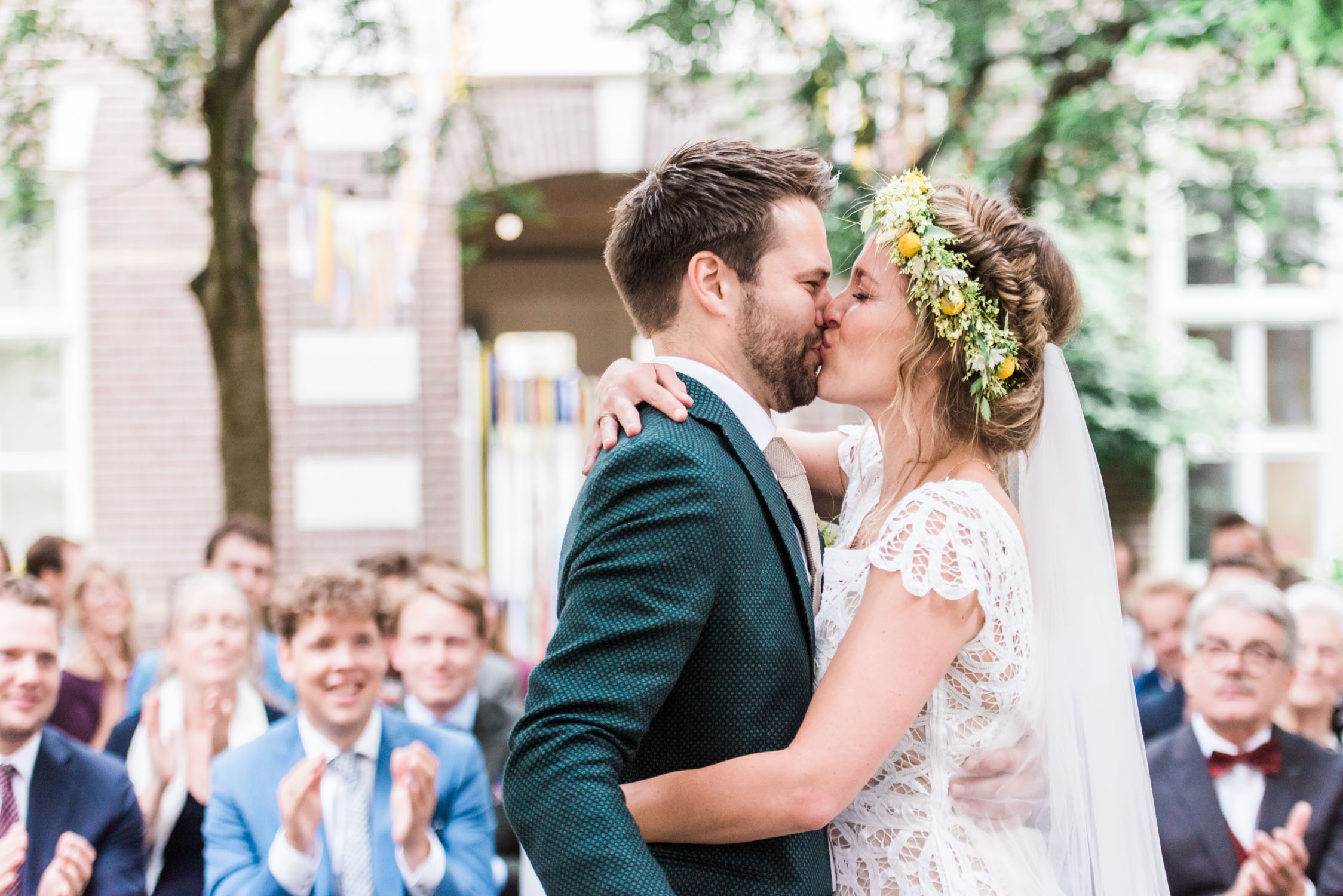 'Wow Wow Wow Such beautiful photos!!! Thank you!! We enjoy browsing through them so much and we just keep looking at them again and again!!! It’s hard to pick favorites, we love them all!'

Heleen and Siemen got married in June at the garden adjacent to their own home in the Jordaan. They had their ceremony at their own 19th century hofje, which is the Dutch name for a courtyard. It was a beautiful day and the sun shone all day long!

The morning of H&S's wedding my boyfriend drove me to Amsterdam and he decided to put on the song "I'm gonna be (500 miles)" by The Proclaimers on repeat (like Marshall in How I met Your Mother has in his car). Not really something I would usually start a preview blogpost with, but this song would play a roll later on in the day.

After the car ride, my day started in Amsterdam where 2 wonderful hair and makeup artists of The Wedding Chapter were doing their magic with the bride, her mother and some of her friends. Heleen got ready at her friends house with her mother and a couple of her best friends, and the atmosphere was full of excitement. The girls then walked the short distance to get to the ceremony. Siemen got ready in their home, one of the apartments inside the hofje. So the groom didn't have to travel to get to the ceremony.

After everyone got ready for the ceremony, we headed to the garden in the 'hofje' that H&S live in. A hofje is an (often 19th century) building consisting of several apartments around a courtyard. The courtyard was decorated with silk streaks in yellow, light blue, white and pink and lots of party lights. The ceremony was lead by a friend of the couple and several people made heartfelt, yet funny speeches. Then the couple made their own vows, and not just any vows. The bride almost made me cry and then the groom just went and started to sing a song live to his future bride! Without any formal music training, but equipped with a beautiful singing voice the groom nailed his performance helped by the guitarist who played during the ceremony. It was such a beautiful moment and so personal.

After a short moment in which people could congratulate the couple on their marriage, the guests were surprised by a boat tour through the Amsterdam canals while having lunch. The Amsterdam canals are famous and although I have studied and briefly even lived in Amsterdam I had never seen it from the water before. But I can say now, I understand why all the tourists have to do it.

When we returned on land, we did a photo shoot around the bride and groom's neighbourhood in "the Jordaan". We ditched lots of tourists, took photos on the Brouwersgracht and even stopped at their favorite little coffee bar Bruno's (seriously THE best coffee I've ever had in my life!). And then we left Amsterdam for what it was and drove off to orchard the Olmenhorst.

Once we arrived at De Olmenhorst it was time for canapés. During canapes their friends surprised the couple with a musical flash mob, where some of the guests played musical instruments and everyone joined in singing. They decorated the venue with colourful flowers and the same silk streamers as they had had during the ceremony, because they worked really well.

For their vegetarian dinner they sat everyone down at 1 long table, which was reminiscent of an Italian style dinner. The first dance involved all the guests creating a tunnel of people to escort the bride and groom to the dancefloor to get the dancing going. With the happy tunes of The Mad Donna's masterfully keeping everyone on the dance floor.

The most memorable part of the day was the flash mob, because I love it when friends and family play their own music at a wedding. They started playing "I’m gonna be (500 miles)" by The Proclaimers and that was a really nice surprise, as my boyfriend and I had listened to that song on repeat (How I Met Your Mother style) only that very morning when he drove me to Amsterdam. The couple also had a special coffee cocktail during the end of the dinner – it was the first time I’ve seen that at a wedding!

Heleen wore a beautiful bohemian Rue de Seine dress from Wild at Heart Bridal and Siemen wore a stunning dark green suit from Pakkend and they looked so incredible. Heleen’s flower crown was designed by Floks and Heleen’s hair and makeup was briljant done by The Wedding Chapter. Heleen and Siemen’s wedding was everything I love about weddings and it was so laid back. Here’s their whimsical wedding!

If you’re throwing a city, orchard or destination elopement or wedding in Amsterdam and are looking for a Netherlands wedding photographer, get in touch!

Click on a photo to zoom in or the view as an autoplay slideshow: 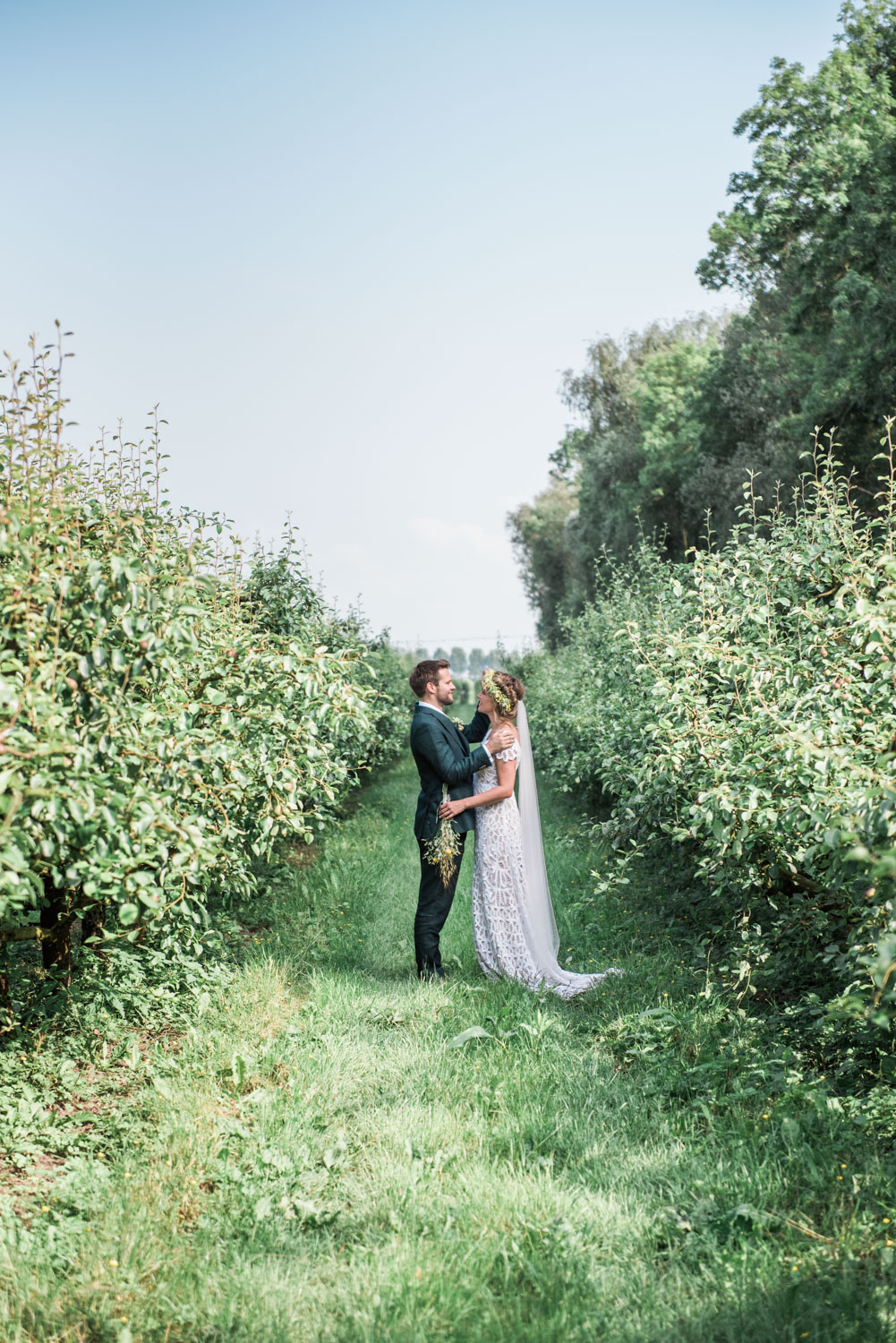 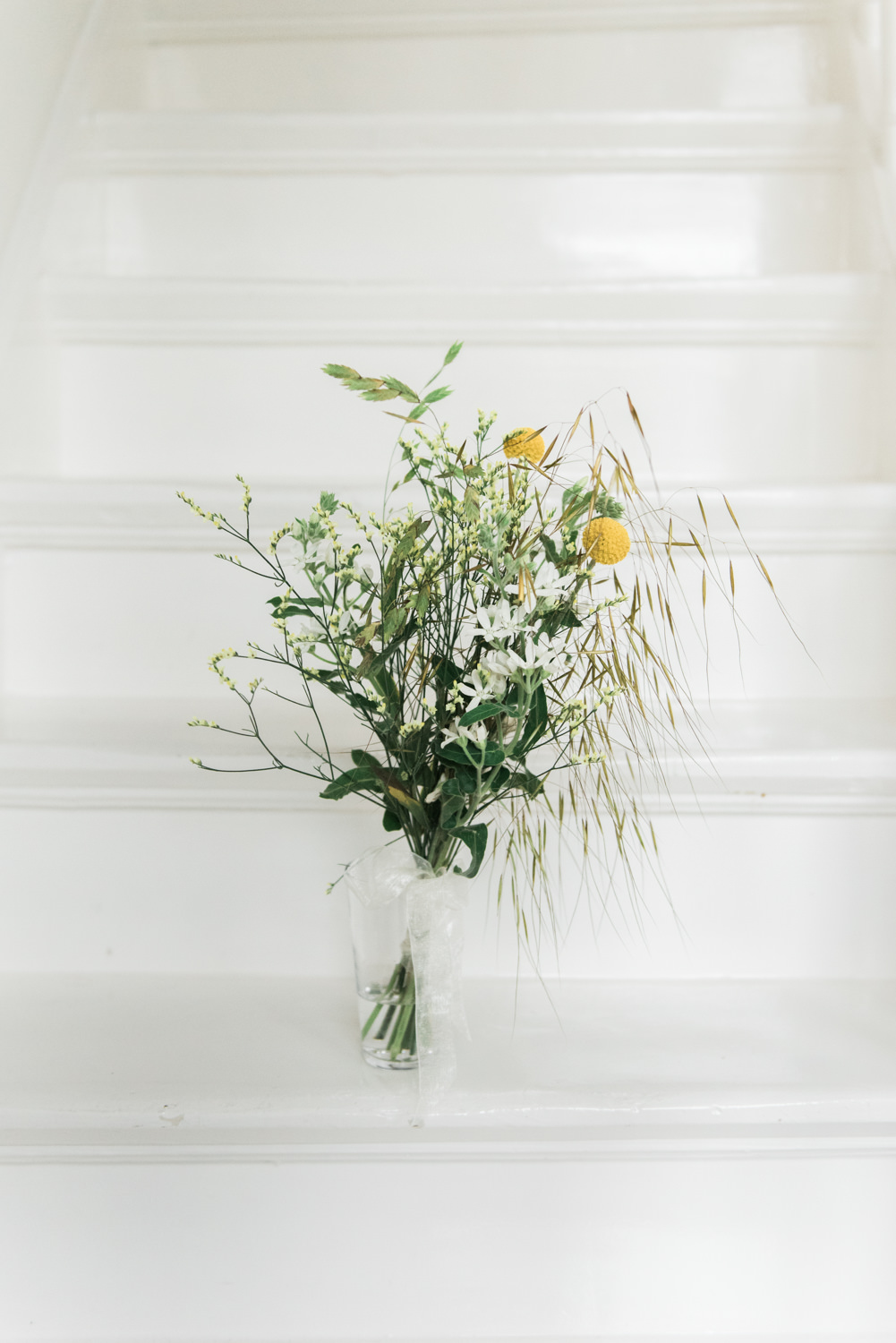 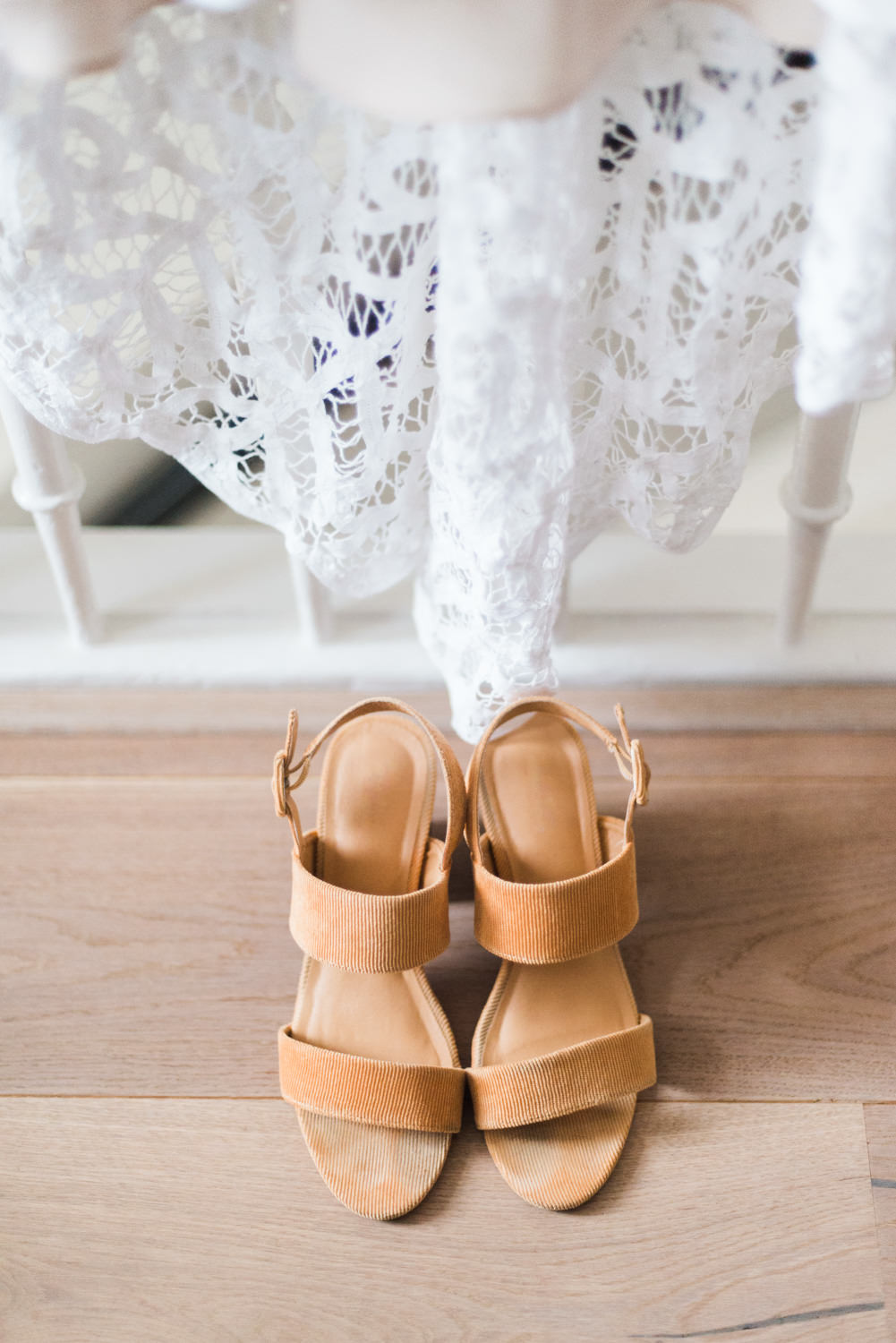 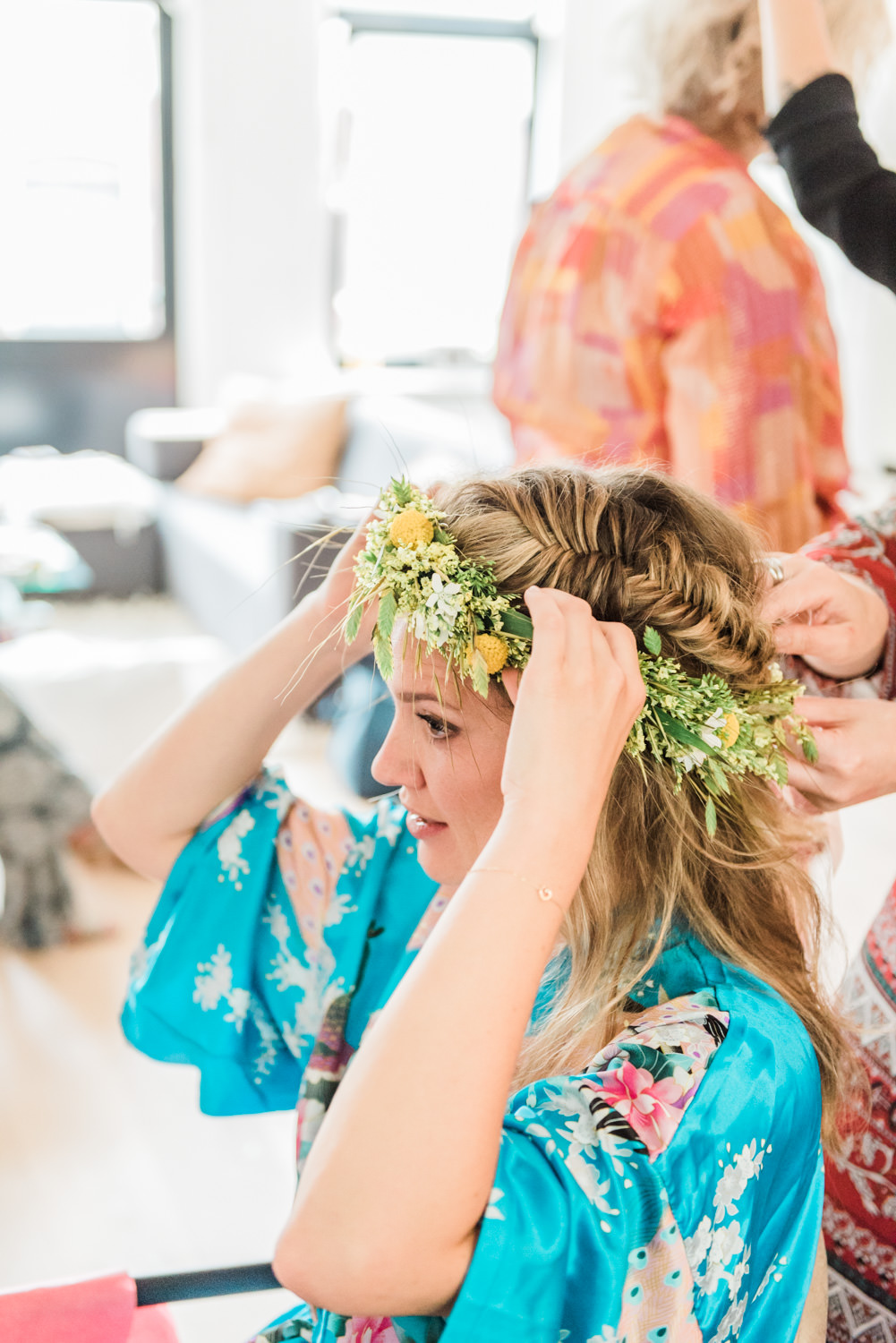 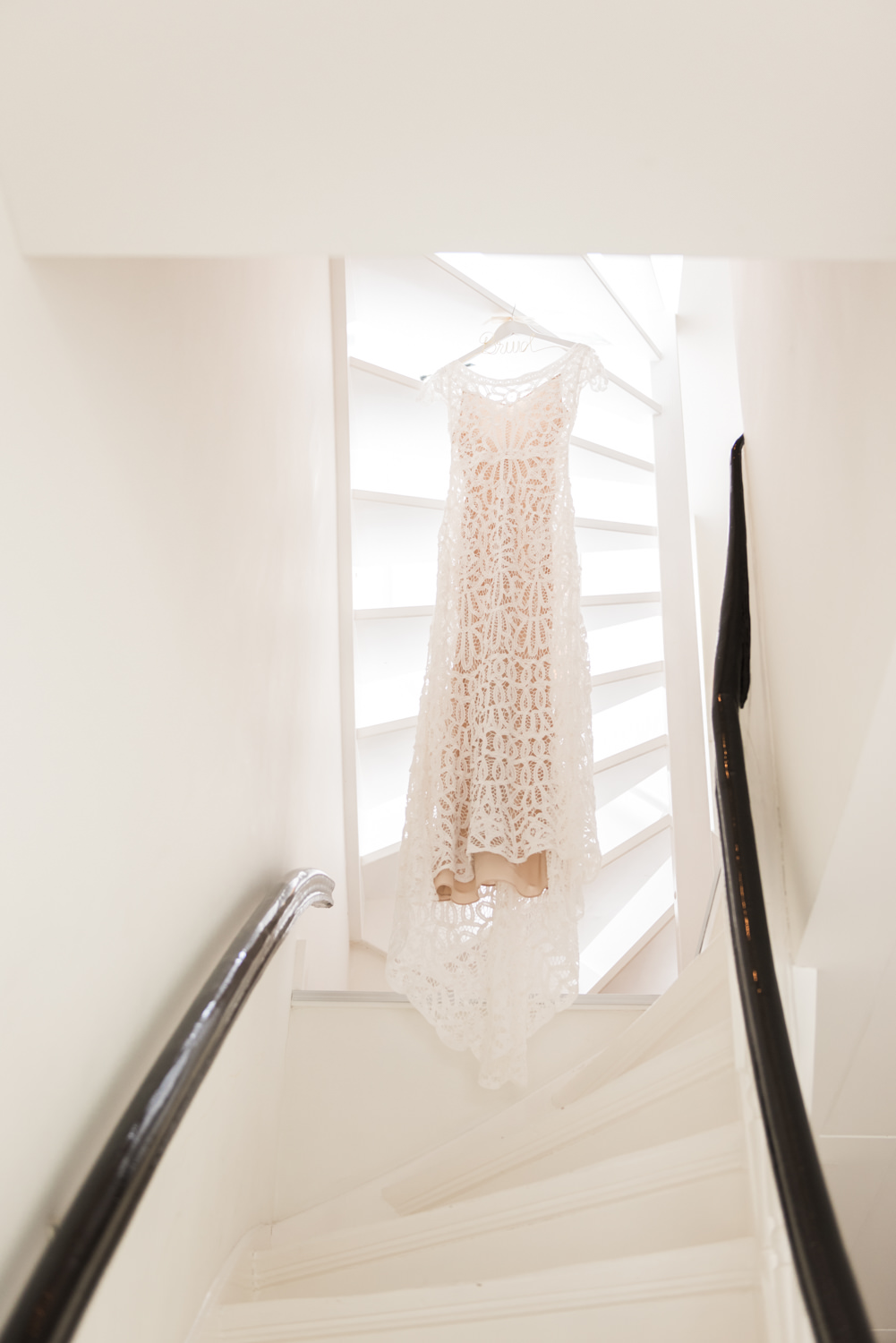 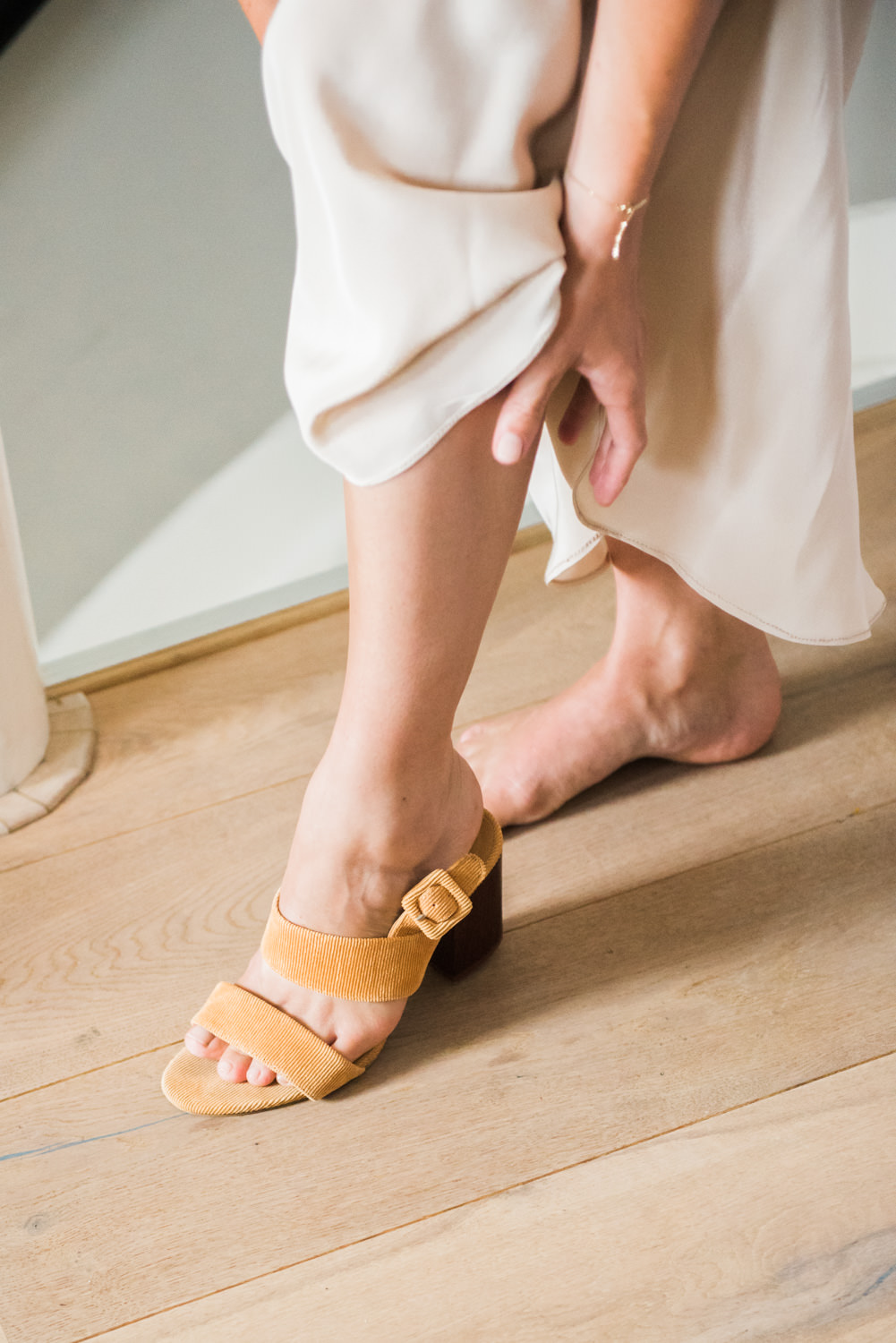 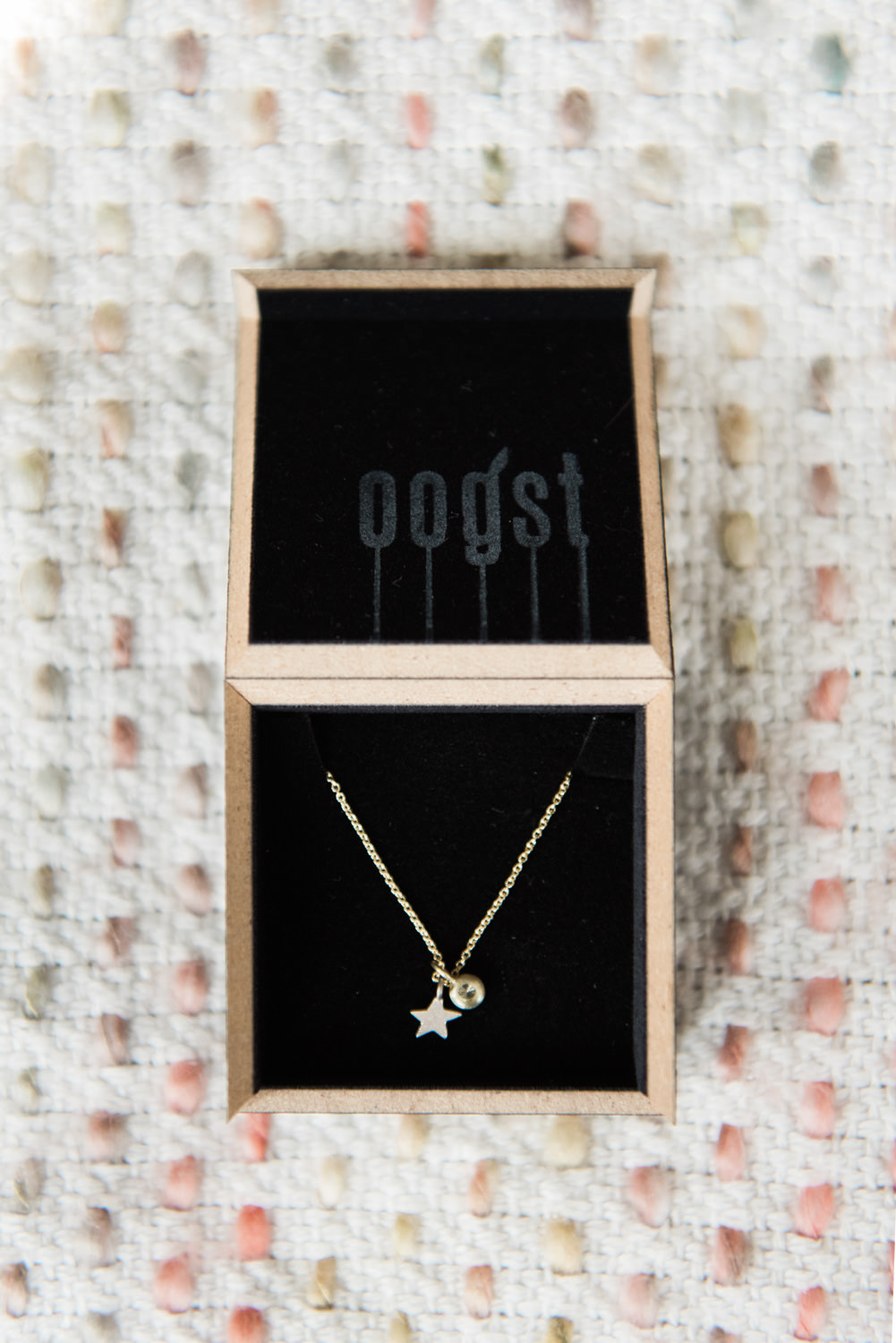 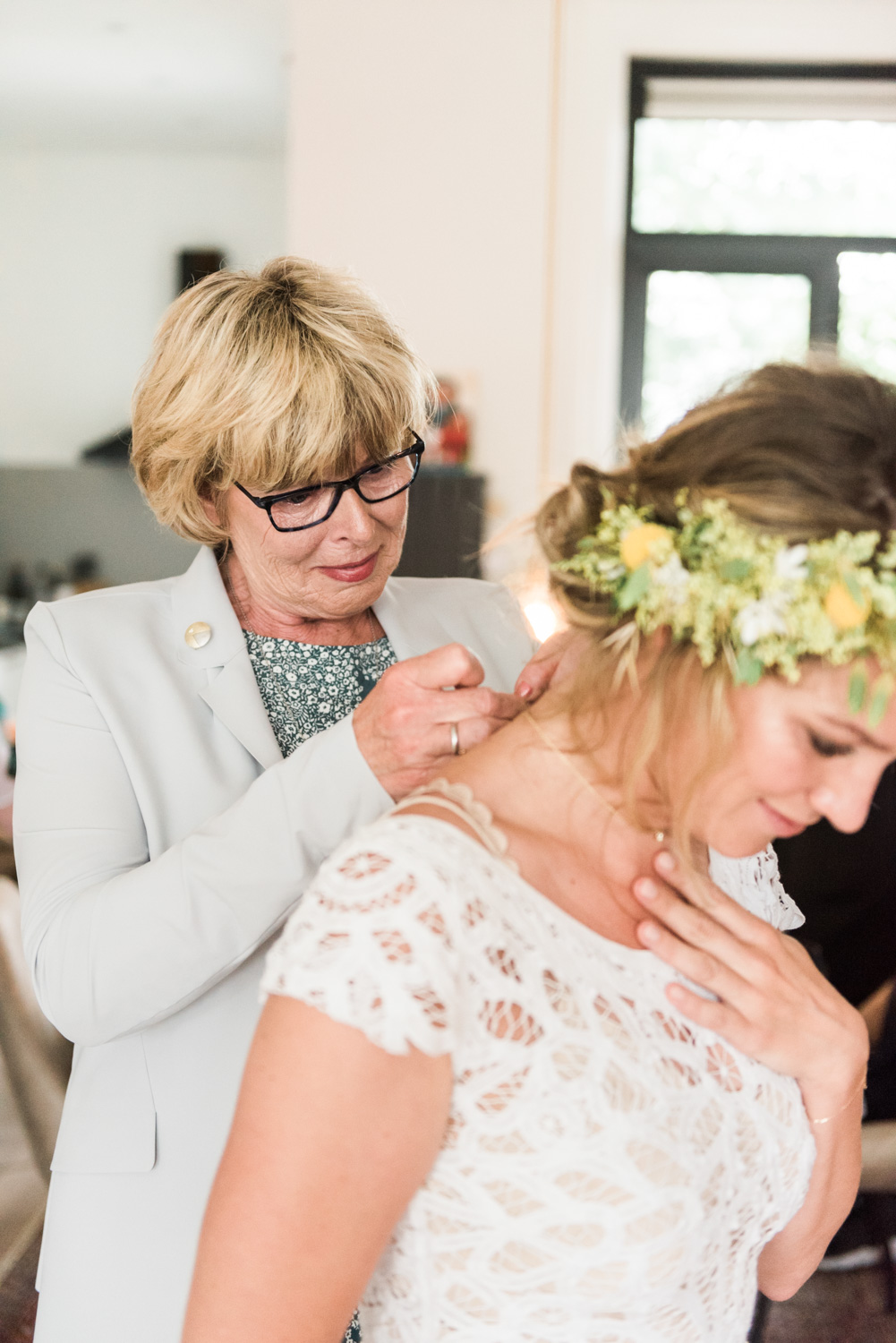 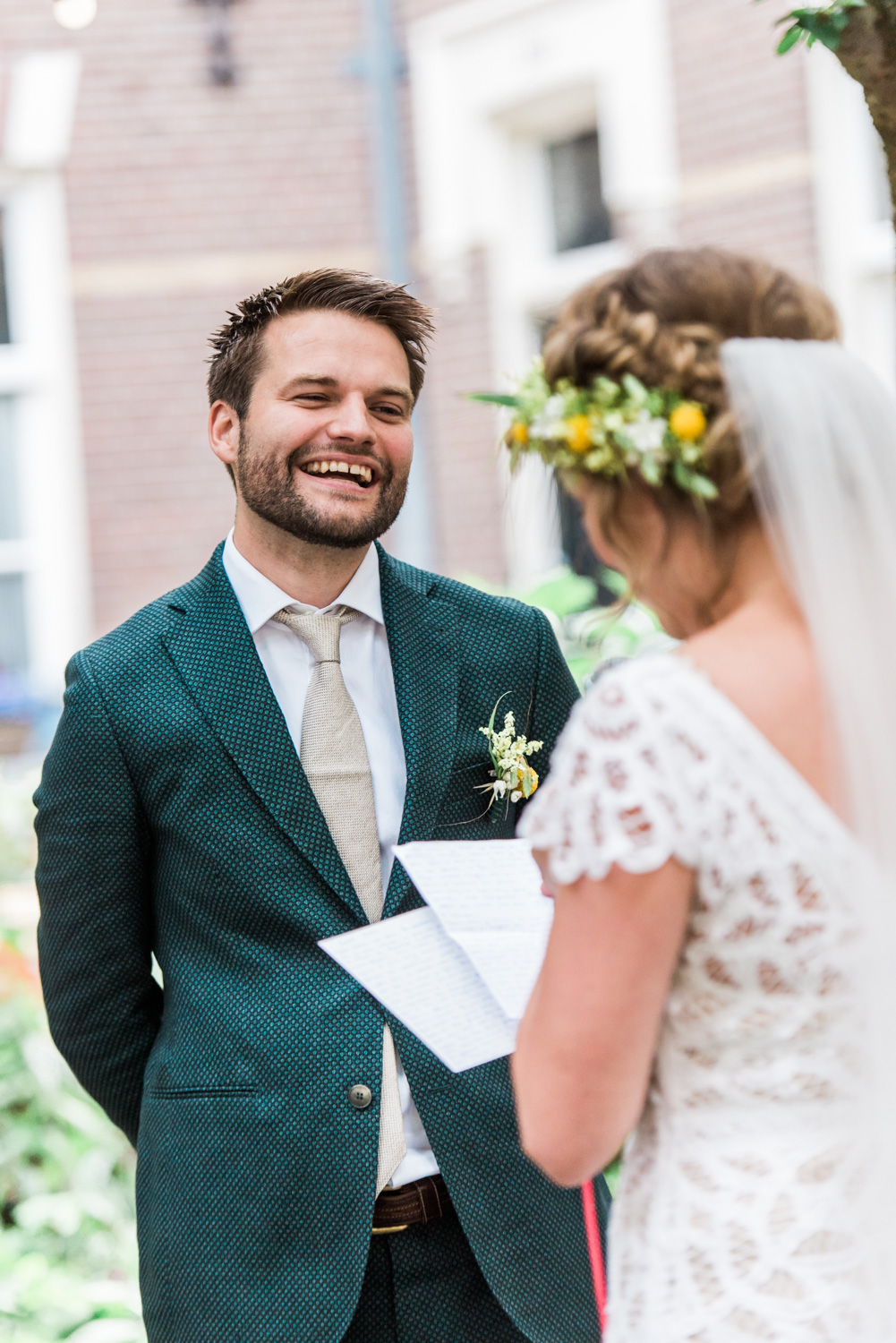 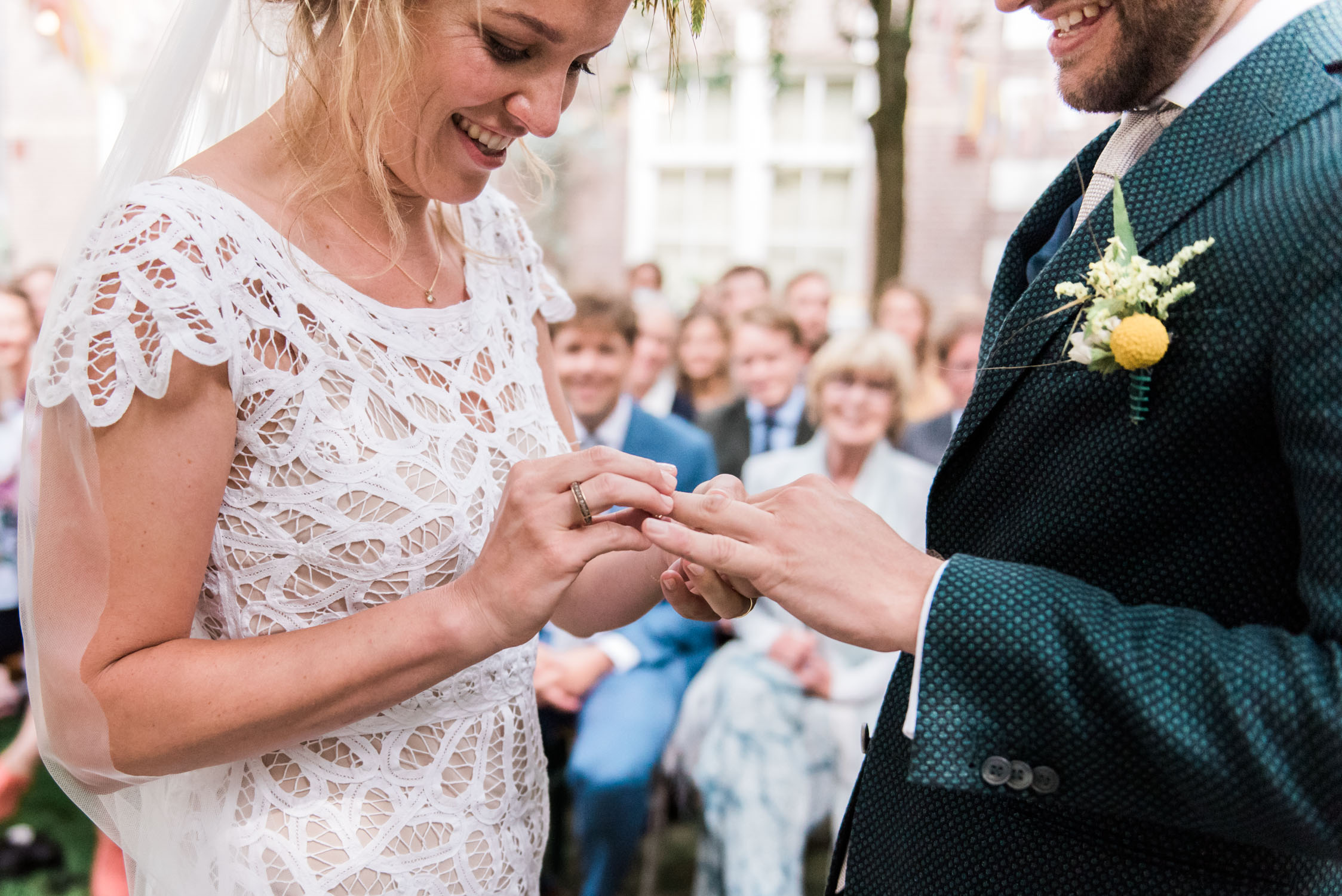 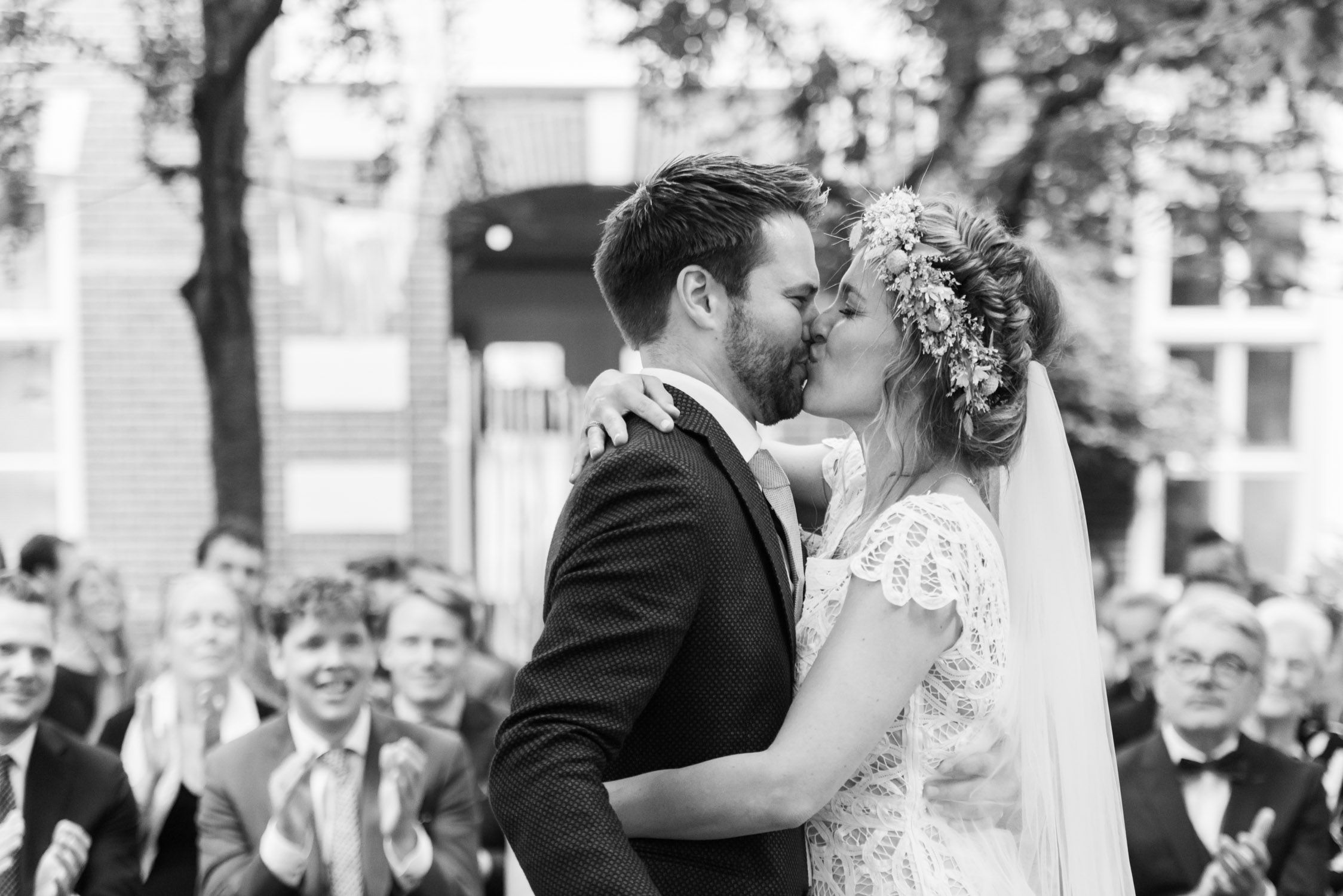 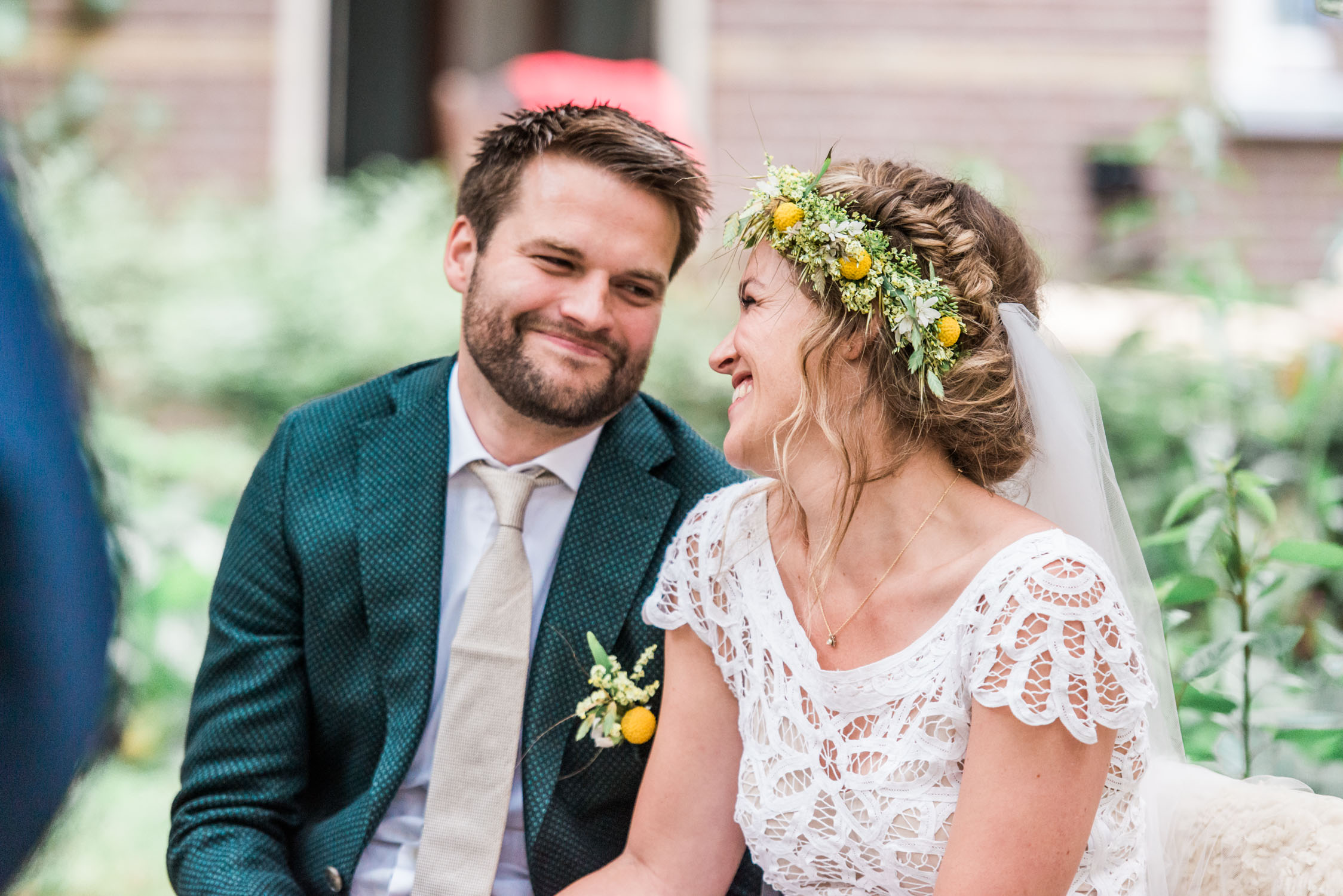 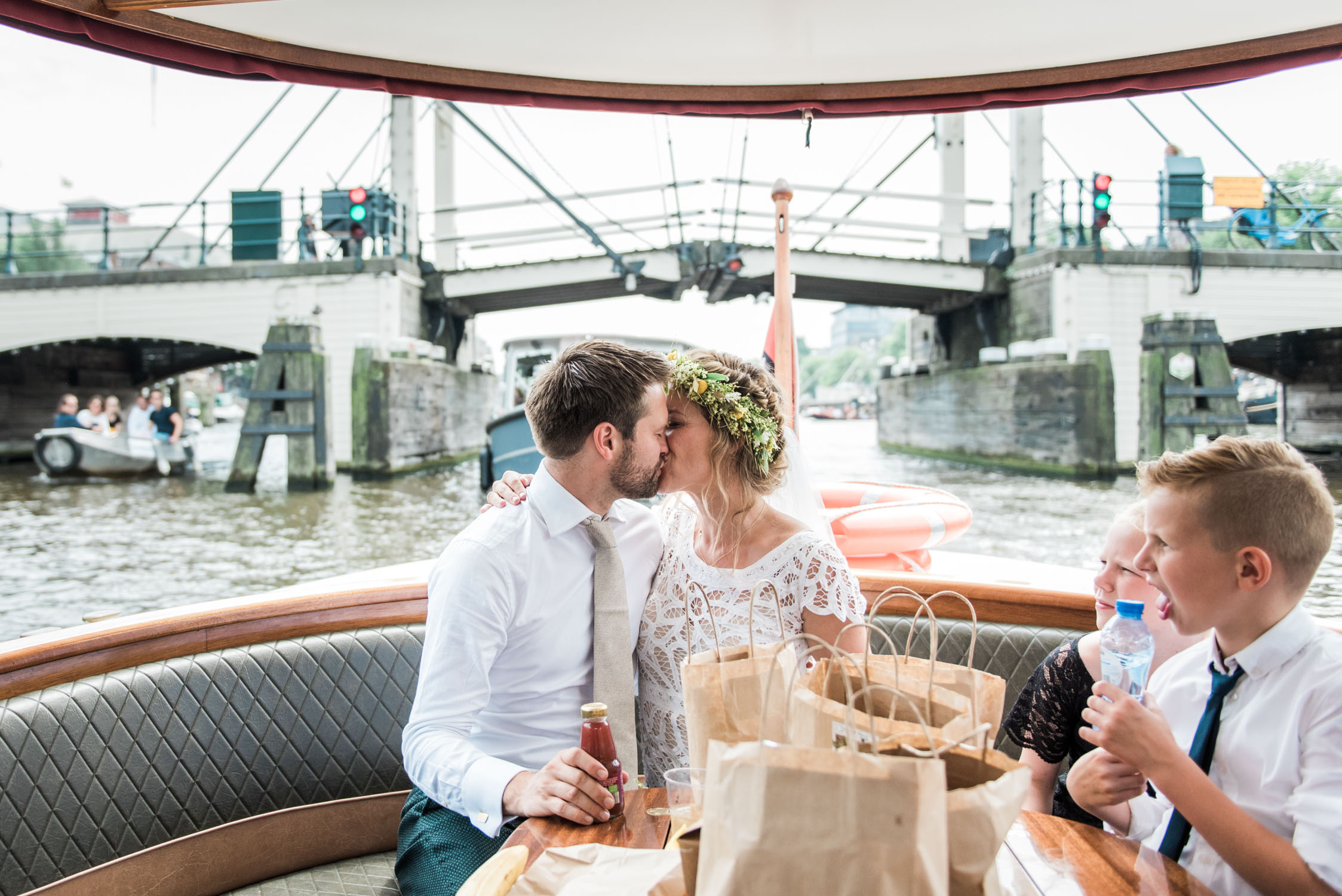 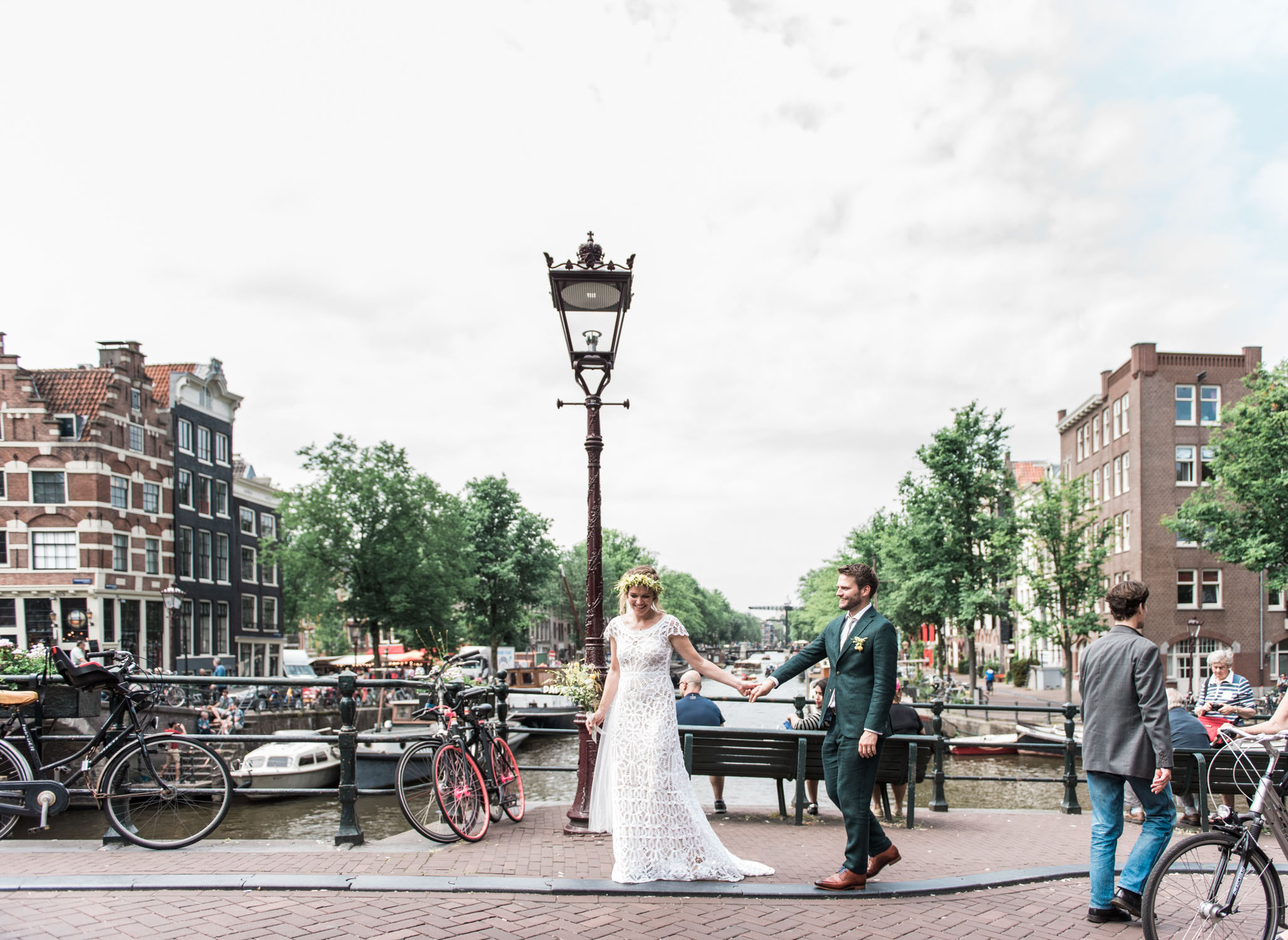 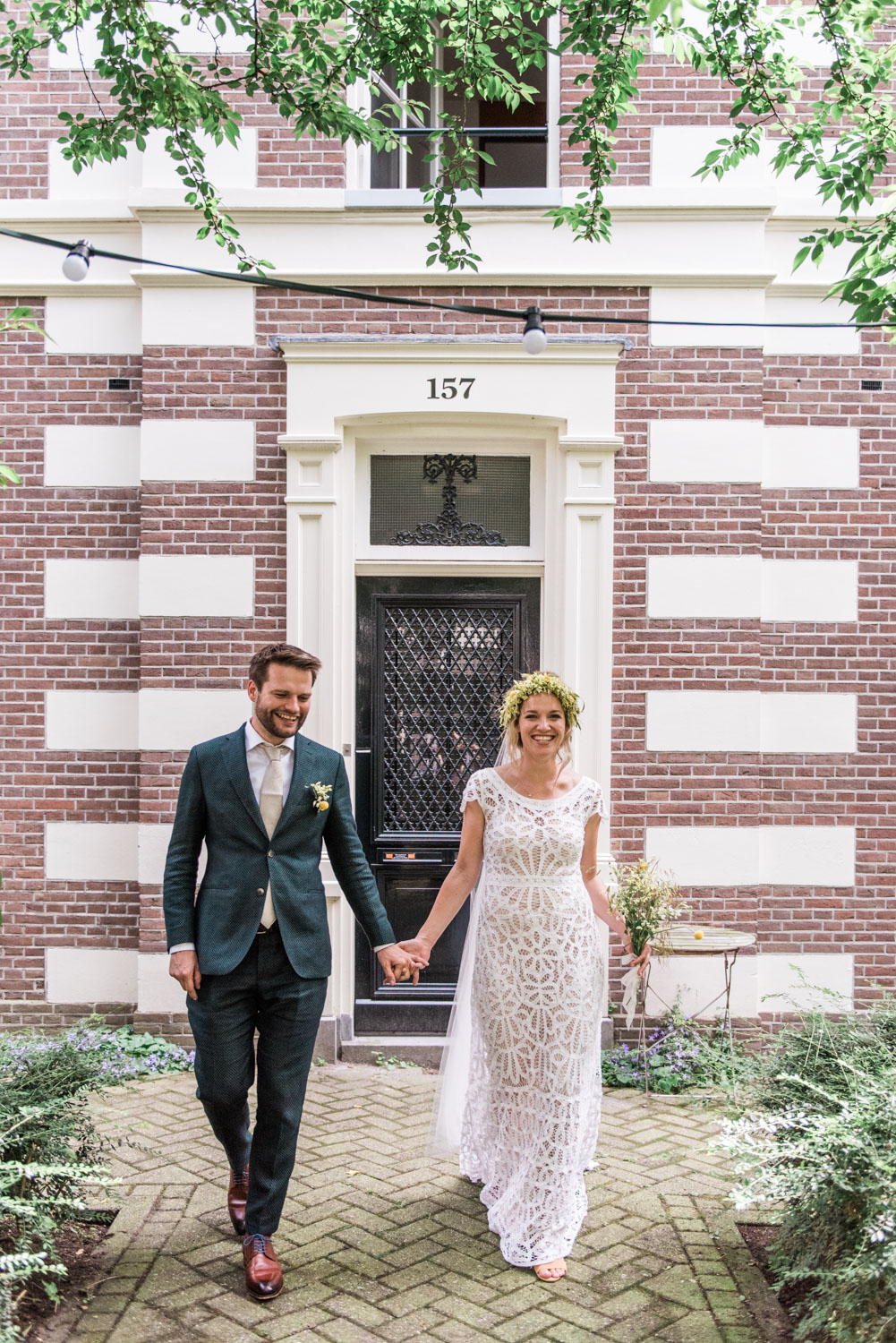 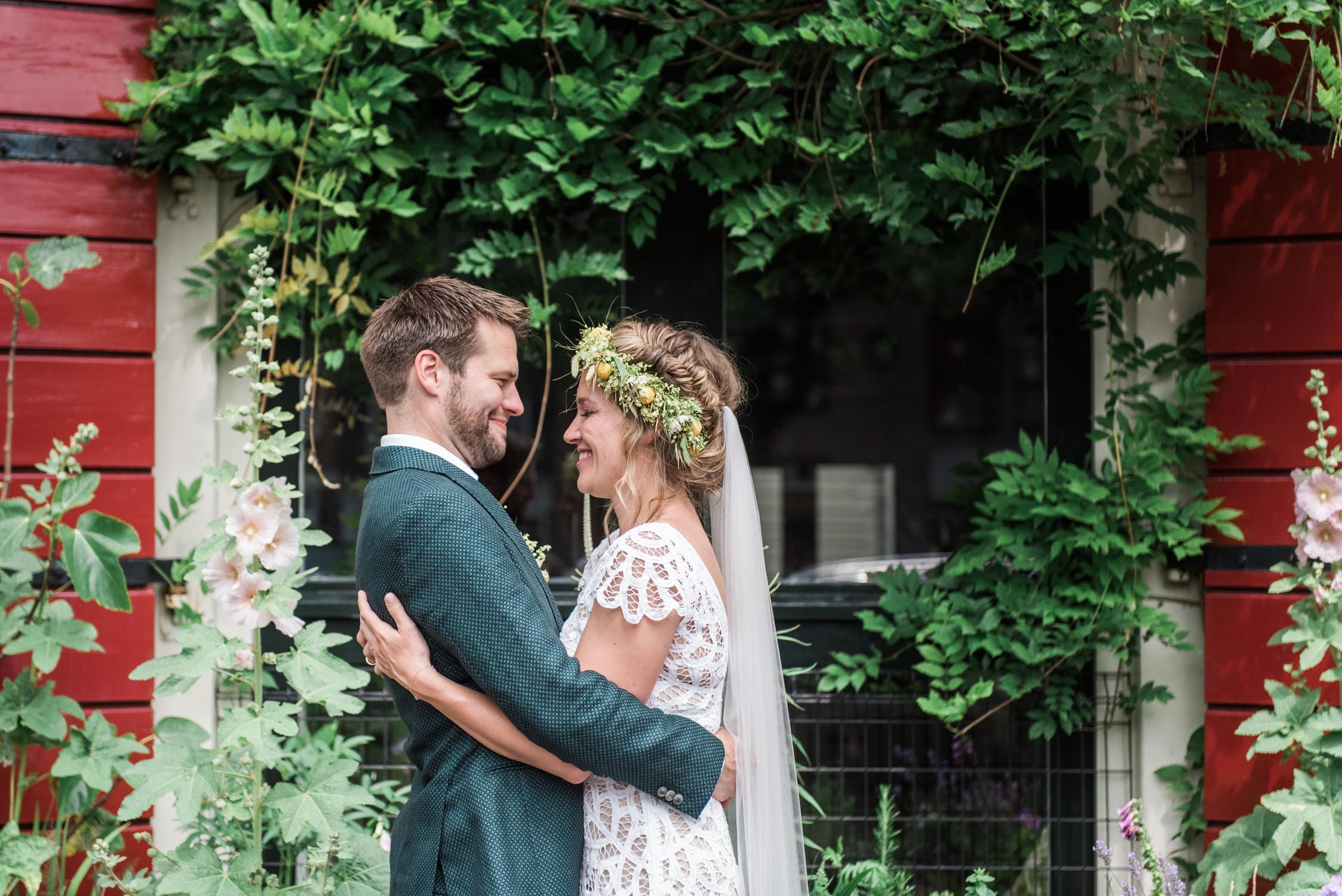 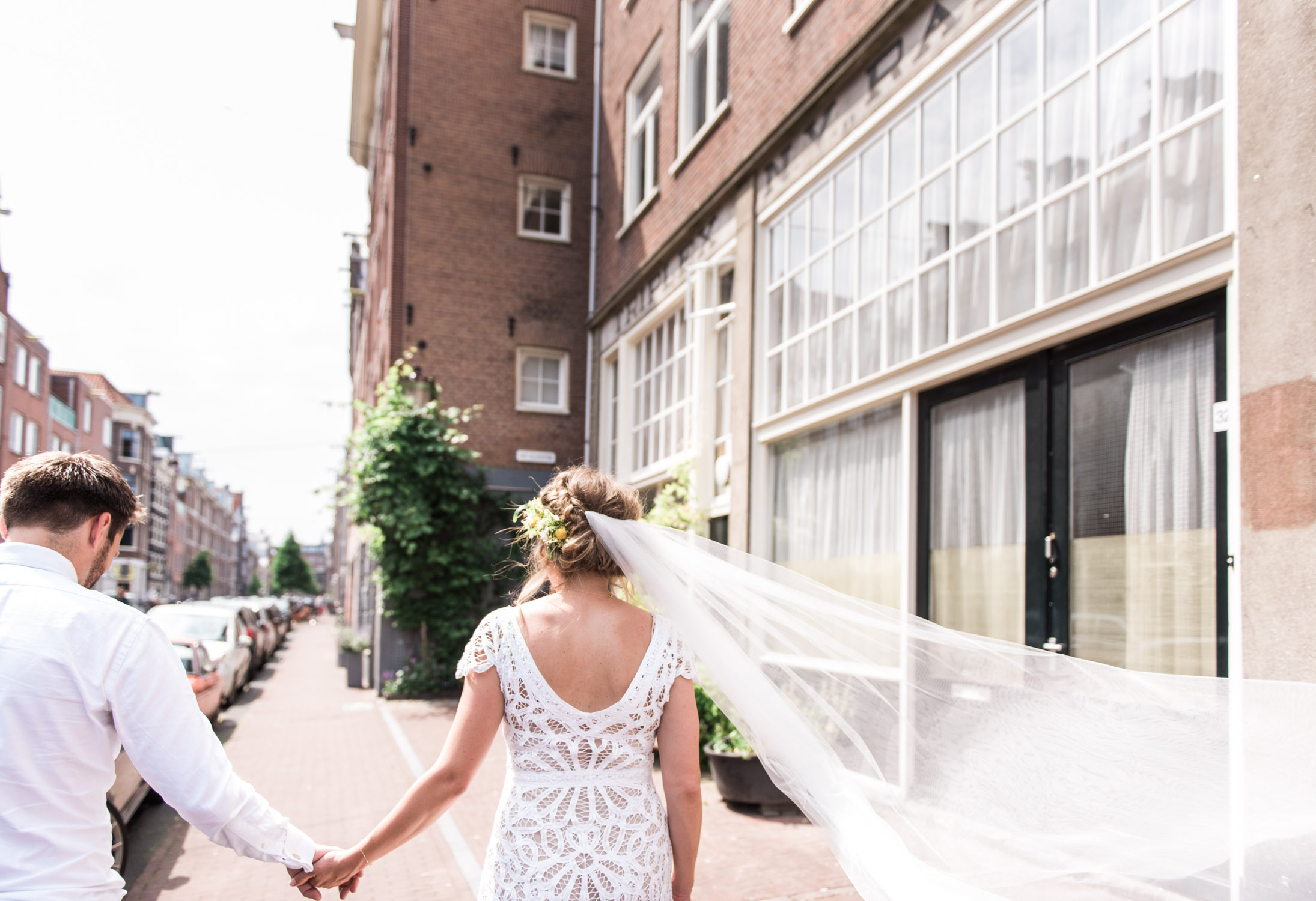 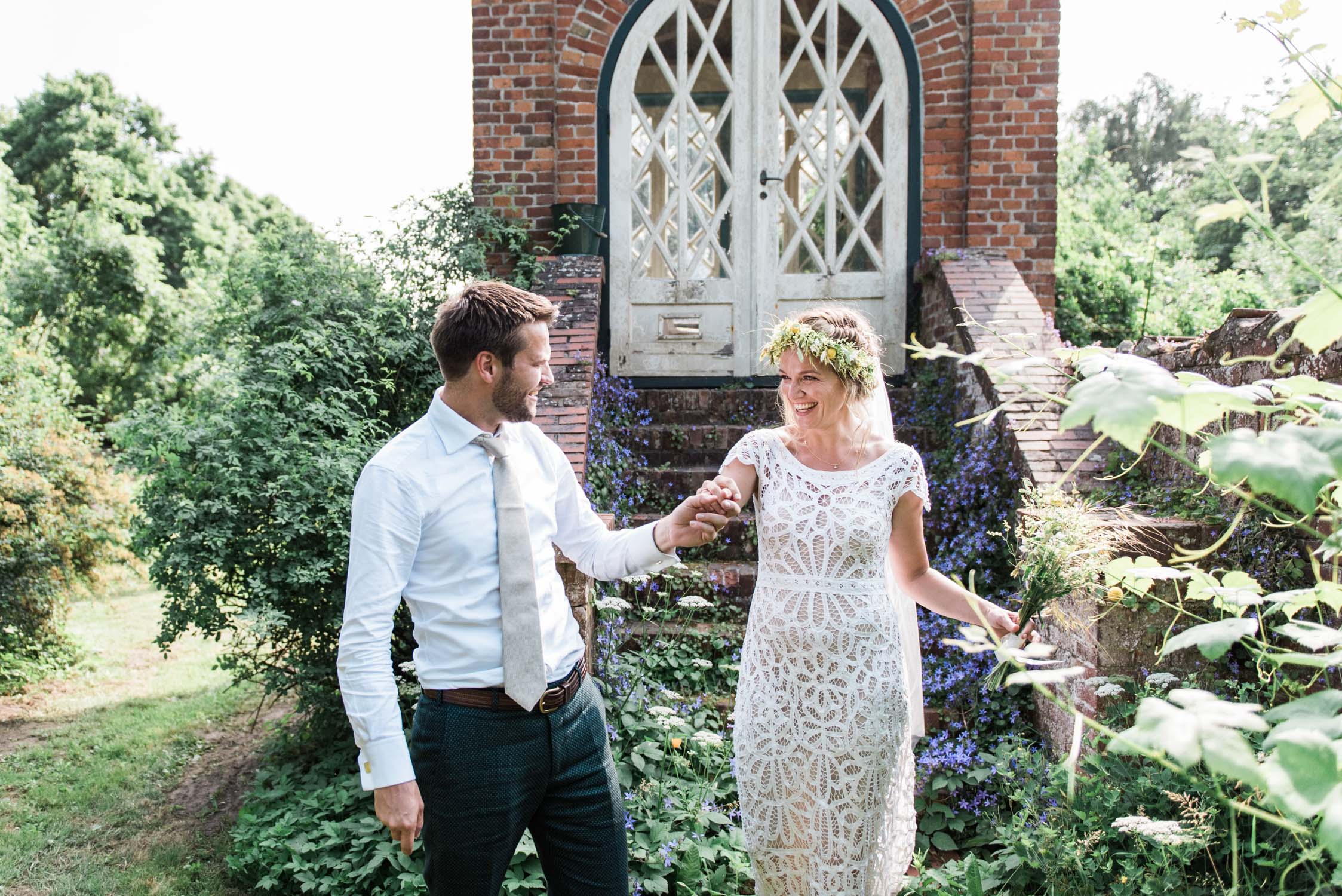 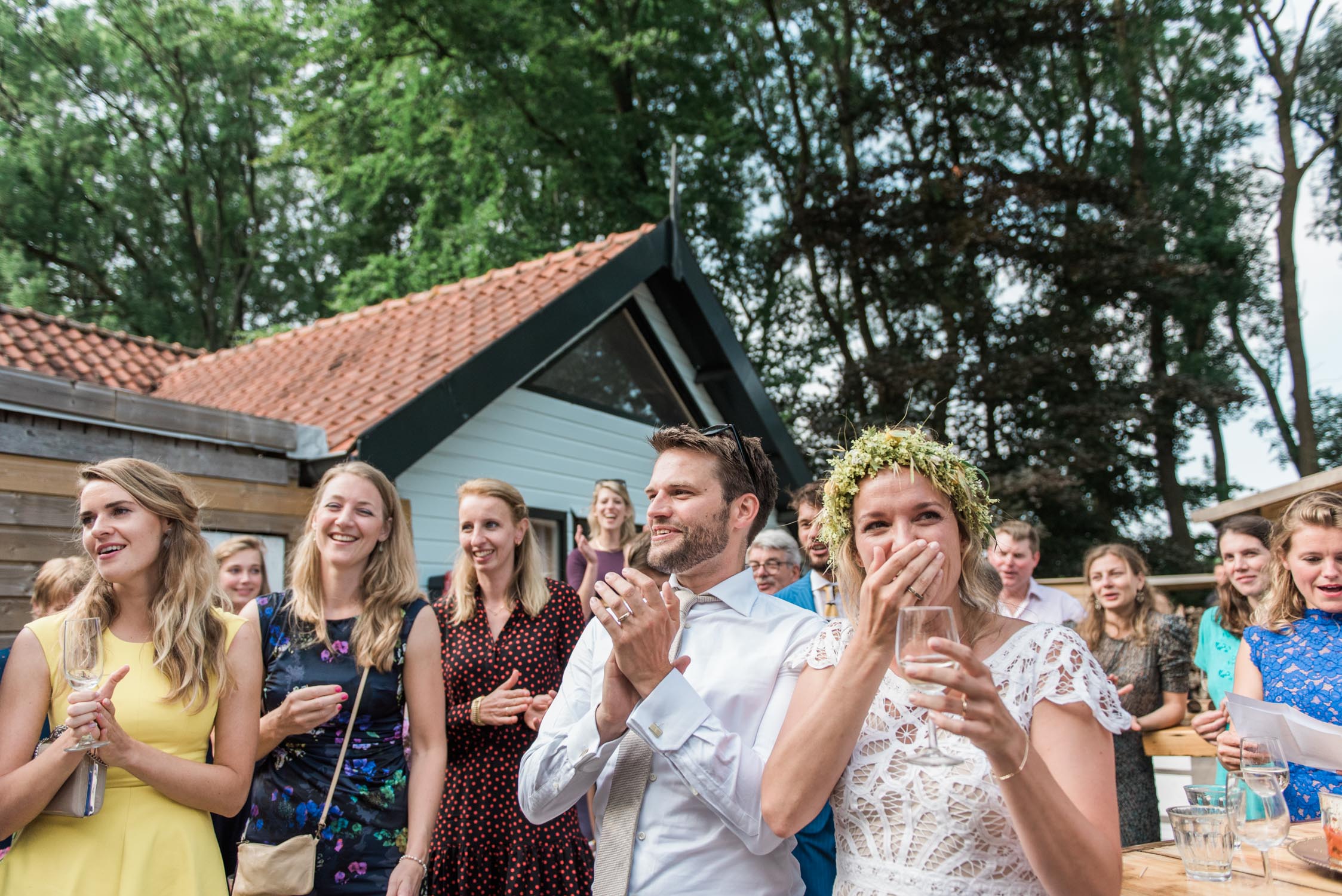 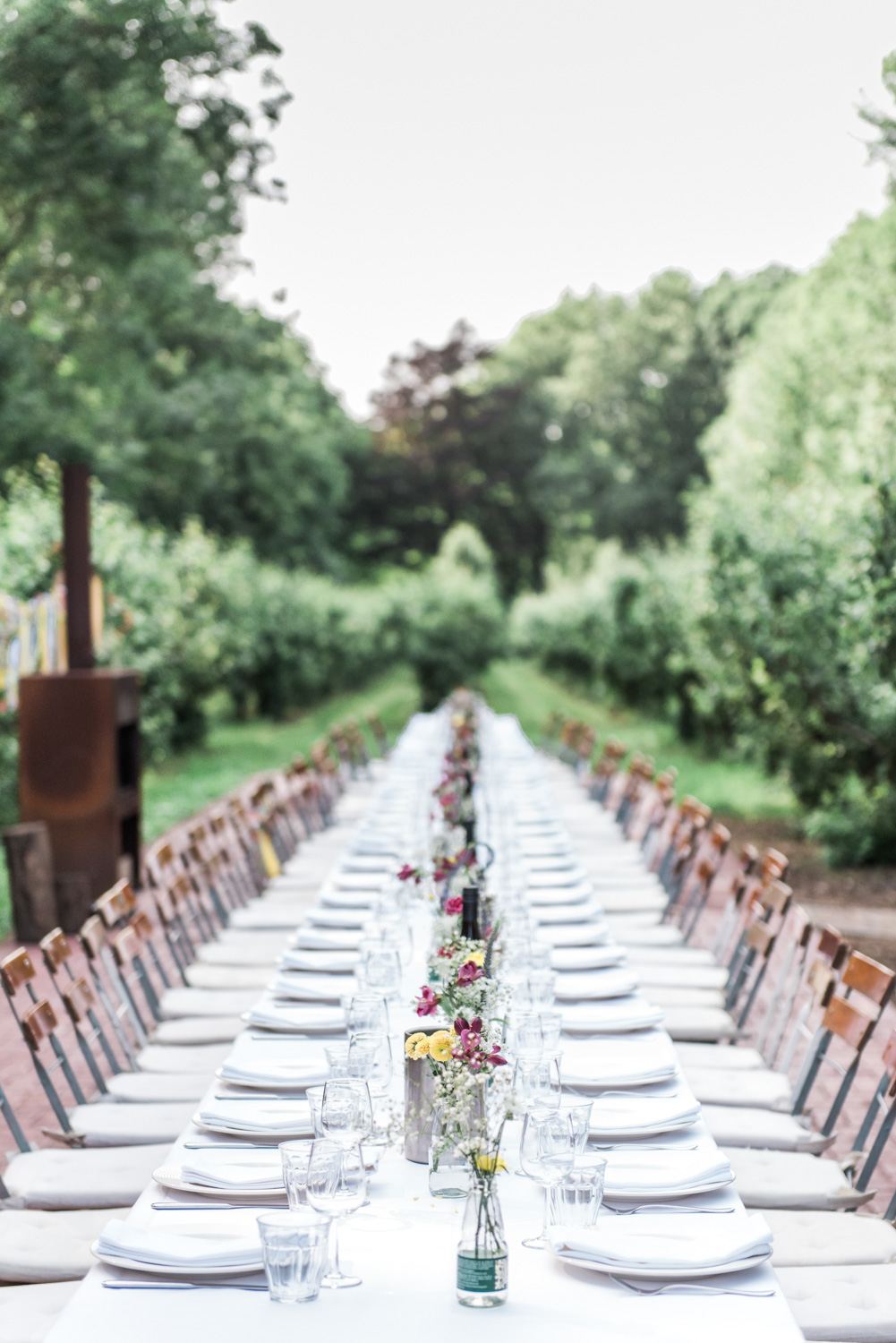 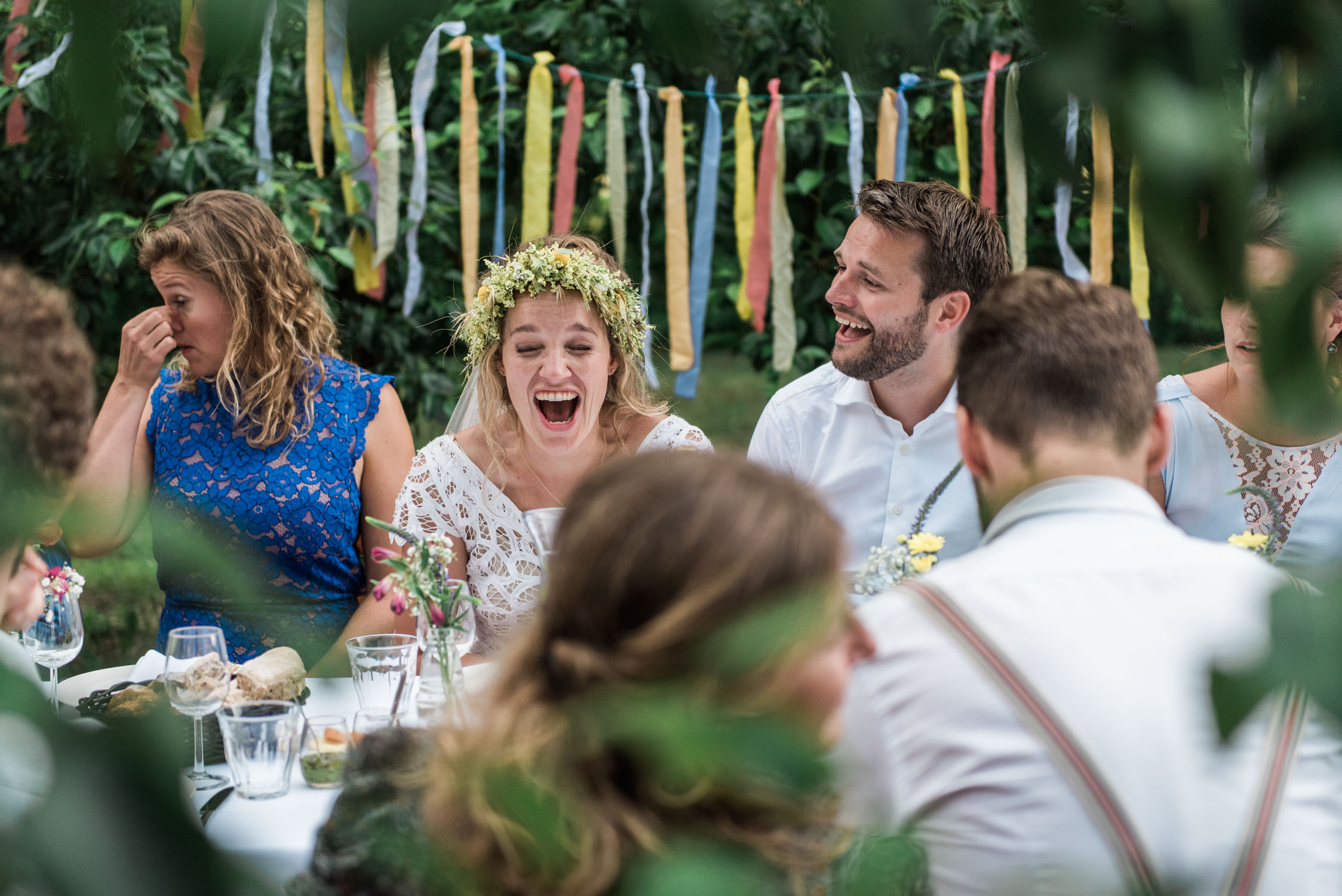