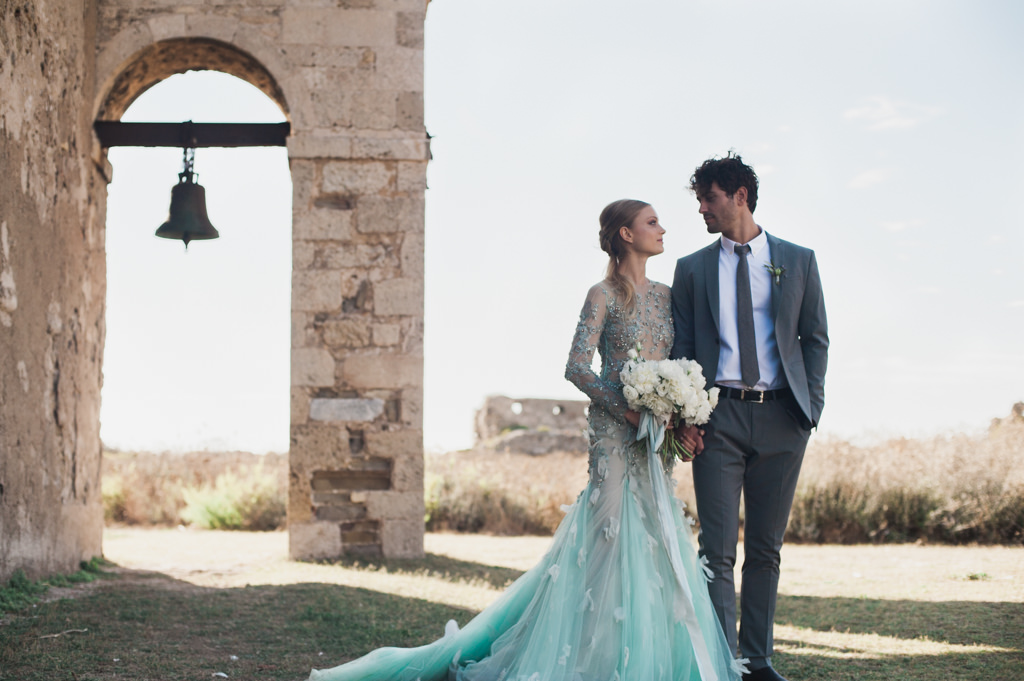 With the goddess Mnemosyne, the goddess of memory and remembrance, as the source of inspiration his shoot was created by stylist Tahnee Sanders at Methoni Castle, a fortified Medieval city, at the Messinian coast of Greece. Mnemosyne is the mother of the goddesses and her name can still be found today in the Greek language. Mnemosyne means the memorisation that is required, before writing existed, to preserve the stories of history.

With Methoni Castle as it’s background this became an otherworldly, delicate and light inspiration shoot that emphasizes how a wedding is part of a persons own history. The location invites you to imaging the stories that could be told by Methoni Castle. This concept of memory and echos of the past is visible in every detail, from the location that was built by Venetians from 1209 onwards to the handwritten ethereal stationery from September Letters and from the ring that was sourced from an Athens market that depicts an ancient Greek calendar coin to the stories that the brides tattoos tell.

View more of my work I shot in Greece, on the Greece wedding photographer page.